Oldest Herald Saloon gets some TLC 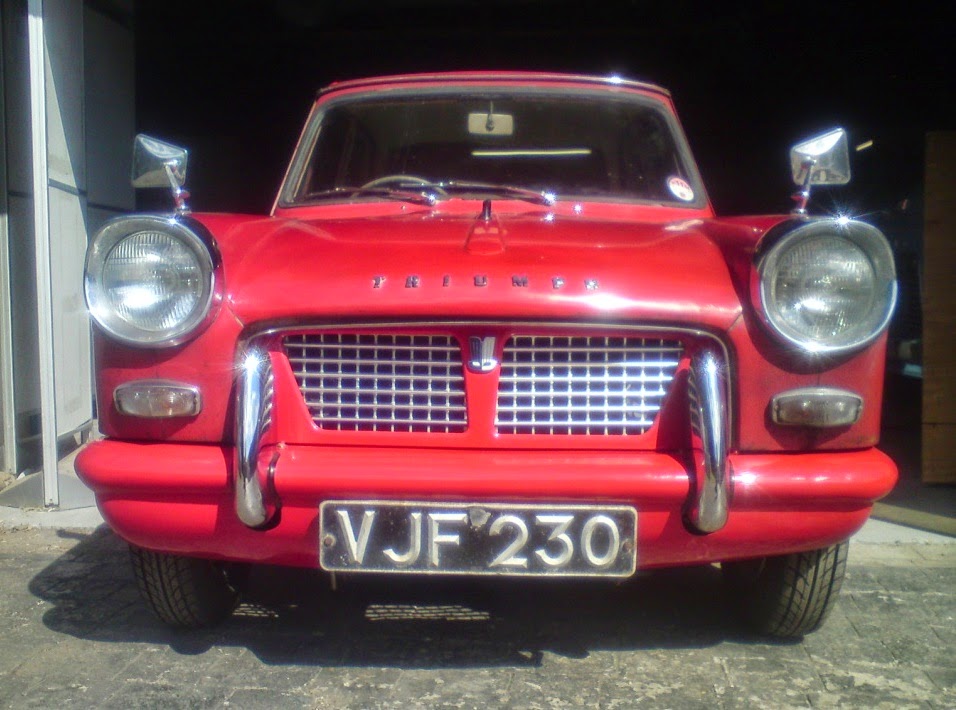 Although the plan was never to restore our 948 prefering to preserve its originality where ever possible, we really needed to do something about the front end.
The front valance had taken a few knocks in it's 55 years, and with large areas of surface rust, and a previous owner having 'up-dated' by drilling holes to rivet on rubber bumper retainers it was time to save it before it crumbled away.
After removal it was shotblasted, and repaired as neccessary. At the same time the grill surround was also shotblasted as it too was heavily surface rusty. Whilst the grills were out they were polished up, along with the badge.
The front overriders barely had any chrome left on them, and were probably past saving in normal circumstances, but our chromers worked miracles, and now they look as good as they did back in March 1959 when the car was built.
Everything was bolted back together with as many of the original fixings as possible (a surprisingly high percentage), and copius amounts of copper grease.

It seemed a shame not to take the opportunity to drive the car whilst it was out of storage so for the past week I have been going to home, and back in it, very nice!