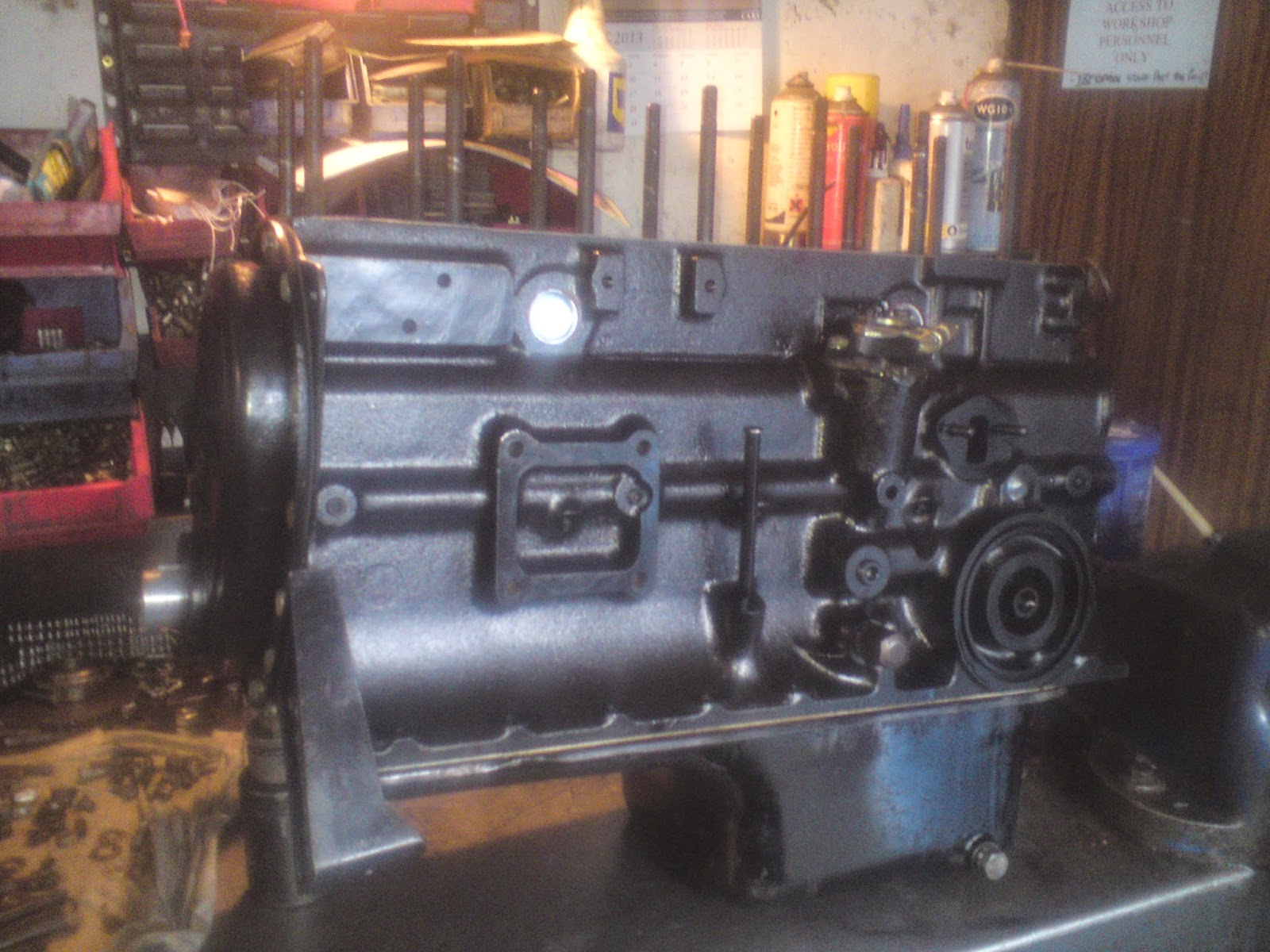 OK so I know I'm only supposed to be replacing the front wings, but it seemed a shame not to re-fresh the engine whilst it was out.

I have barely layed a spanner on the engine in all the time we have had the car. When it came to us it was showing nearly 100,000 miles (kms?) on the clock, and we have added a further 200,000 miles (kms?) to it. At one time it was our chief towing car hauling our twin axle tilt car trailor up and down the motoways with various Triumphs in transit.

When it came off the road a couple of years ago it was still pulling strong, with no undue rattles on start up, and minimal oil consumption. The only signs of age was a slight puff of smoke between gear changes  from the exhaust when it was being thrashed. However I didn't want to push my luck so it was time to investigate.

The crank was still on standard bearings, but it was at its upper wear limit so got ground to 10/10 and a nice set of lead copper bearings. Surprisingly it had been previously bored to  +20, but we bored it again to +60, and fitted a nice set of County pistons.

There was some valve seat recession on the exhaust's, but there again it had been thrashed mercilously on a diet of supermarket unleaded for over 15 years, and at least a couple of hundred thousand miles. New unleaded seats, guides, and valves, and a quick face of the head, and all was good.

The cam had seen better days with a couple of lobes showing quite bad wear. Chicanes came fitted as standard with 18/58 cams, but as I was replacing it anyway I have fitted a 25/65.

After a coat of black paint, and a new set of core plugs it was nailed back together to await it's next 300,000 miles of service!